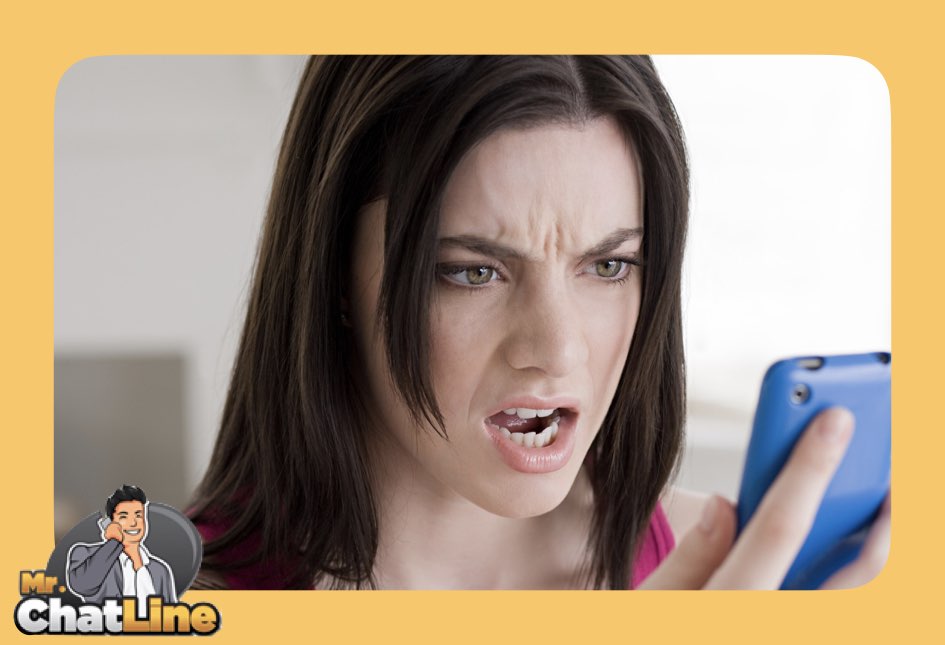 Dating, in any capacity, is prone to ‘fails’ as the millennials would say. It’s just not easy to totally keep your cool while trying to forge a connection with someone awesome. Luckily, phone dating is a form of dating which offers forgiveness in various areas. For example, you don’t have to be the best looking guy to call a chat line. You don’t have to send memes or have a cool social media page. All of that is really menial in the world of chat line dating. What really matters is your voice and personality, which you can show off from the relaxation and comfort of your own home. Naked in your kitchen with a beer and a pizza in your hand? That’s totally kosher for chat line dating! It’s part of what makes it such an attractive option for some people. However, despite all the great things that make phone dating so easy, it’s still prone to so-called fails. But, you can absolutely avoid failing the chat line game by simply being in the know of what doesn’t work on a chat line. I’ve had enough experience to tell you what works, but more importantly what does not work when you call a line!

Don’t be creepy when recording your greeting

Easier said than done. This is because most people who are ‘creepy’ in their chat line greetings are creepy because they lack self-awareness. And, if they lack self-awareness, how would they ever know to stop being creepy? You could be a victim of your own weirdness, so let me clue you into the greeting formula: Introduce yourself + fun fact + what you want. Sound happy and friendly, but not like you’re the Easter Bunny on LSD at Disneyland. Be casual, concise, and direct.

Don’t be selfish with the time

Daters call chat lines because they like to chat. Chances are, you’ve got stories to tell. And that’s cool! That’s what makes you interesting and I am not here to take that from you. But also cool is letting your date get a word in. Your match wants to tell stories too. Far too often, I have seen folks hop onto the lines with the sole agenda of talking about themselves. It’s human nature to want to do that and tell your story to someone else, but there comes a time when all that telling becomes unattractive and can turn someone off. When you are paying to meet others who want to be turned on, it kind of seems like a waste of your time (and your date’s time). So, listen every so often. Ask questions. Be engaged. And yes, of course, be a conversationalist. Just be wary of totally dominating all the air time.

Don’t be too quiet

We just went over how to not hog all the time by blabbing, but it’s also important to not be too quiet either. Being very silent or soft-spoken is not a great way to make waves in the chat line world. You are your voice, so you have to use it. If you are a particularly quiet person, I’d suggest a form of dating which requires you to send messages rather than actually talk. Being overly shy or timid on a chat line is going to lend itself to tons of awkward silences. If you find yourself in this position often, you can come up with tactics to fill those silences as soon as they show up. Ask an interesting question, play a game on the chat line that requires talking (like Would You Rather), or just chat about your day. Anything is better than crickets in this kind of situation!

Ok, this is going to sound like a silly with but stay with me. When I say ‘don’t cry’ I mean don’t turn this phone call into your dramatic sob fest. Some people do call phone dating platforms because they need to talk, but that doesn’t mean you should talk about the funeral you just attended or your cat with 3 legs. I am sure I sound really insensitive here, but the bottom line is that most people come to these services to have a good time. They aren’t being paid by the hour like a shrink, so you shouldn’t treat them like shrinks. Nobody is going to police your conversations (unless you say something specifically horrid in which case may line moderators will sometimes step in and cut you off), but crying isn’t going to land you in someone’s mind as a person they want to flirt with and eventually meet up with. They are going to put you in the sad box and never give you their box… catch my drift?